The origins of Jyske Bank date back to the 19th century when a number of small local banks opened in Jutland. In 1967, four of the banks merged under the name of Jyske Bank.

Jyske Bank has been active in the international financial markets for many years. the first Private Banking units opened in Copenhagen and Zurich in 1966 and 1970, respectively, under the name of Finansbanken which Jyske Bank acquired in 1981. the gibraltar unit opened in 1987 and the unit in cannes in 2004. the units in Copenhagen, Zurich and Gibraltar are account-keeping units, i.e. they manage the clients’ accounts and portfolios.

Jyske Bank’s vision is to be a workplace where competent, responsible and independentpeople can develop and act upon their common sense.

But what is content and what are empty platitudes?

At Jyske Bank the values mean that it is a bank that does things differently. Instead of rigidbank hierarchy, Jyske Bank has an informal atmosphere with table football and creative decor,where managers and employees are close together. Let everybody all come out on top – notjust the management. For example, the headquarter canteen in Silkeborg moved from the cellar to the stunning views atop the building. 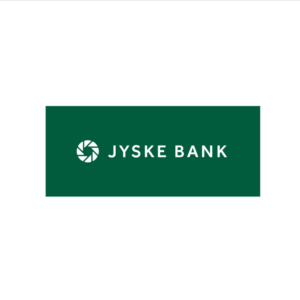 The origins of Jyske Bank date back to the 19th century when a number of small local banks opened in Jutland.