LIFE AS A GRADUATE AT KPMG: The value of combining a constant base with cross-functional cooperation 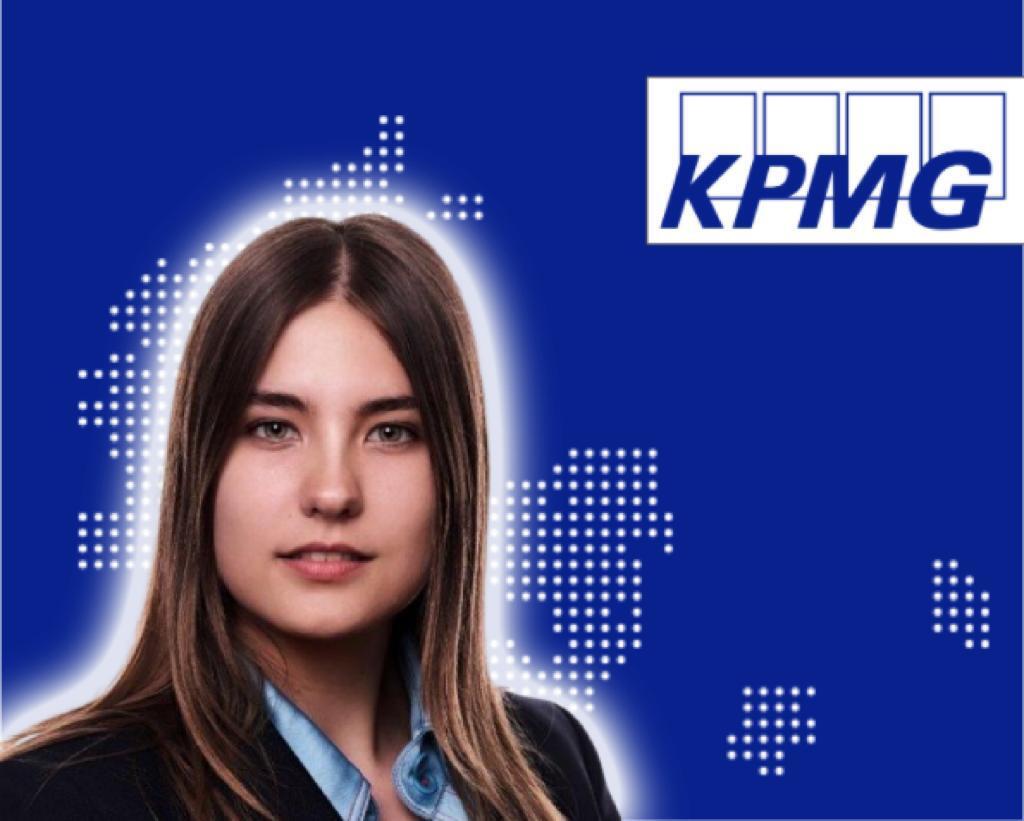 Aleksandra Billeskov is a 24 year-old Graduate at KPMG. Half Danish and half Greek, Aleksandra was born and raised in Greece and moved to Denmark for her studies, enabling her to speak Greek, Danish, English, and German. She completed a bachelor’s and master’s degree in International Business and Politics at Copenhagen Business School (CBS) with an exchange semester in Paris, while concurrently participating as a board member and ambassador in multiple organisations at CBS. It is clear that there is no coincidence in Aleksandra’s choice of studies, as her interests and career pursuit focus on the intersection between politics and business.

The process of deciding and applying for graduate programmes

She clearly remembers her first interview with KPMG, where she was introduced to the different options available in KPMG’s Advisory practice. KPMG has an Audit and an Advisory Practice and does not offer rotations between the two. As a graduate within Advisory, you are assigned to one service line throughout the graduate programme.

“At the beginning of the application process, you can indicate the areas you would like to work with, and this gives the company a foundation to assess which service line would be the best fit. With all the different service lines at KPMG, it is possible to work within your area of interest, mine being mainly the political/energy area,” Aleksandra says as part of the Infrastructure, Government and Energy team at KPMG.

KPMG has a number of other Management Consulting service lines focused on both IT and finance, e.g., new technologies, digital transformations and financial services advisory. In addition, KPMG has service lines within Risk Consulting and Deal Advisory. 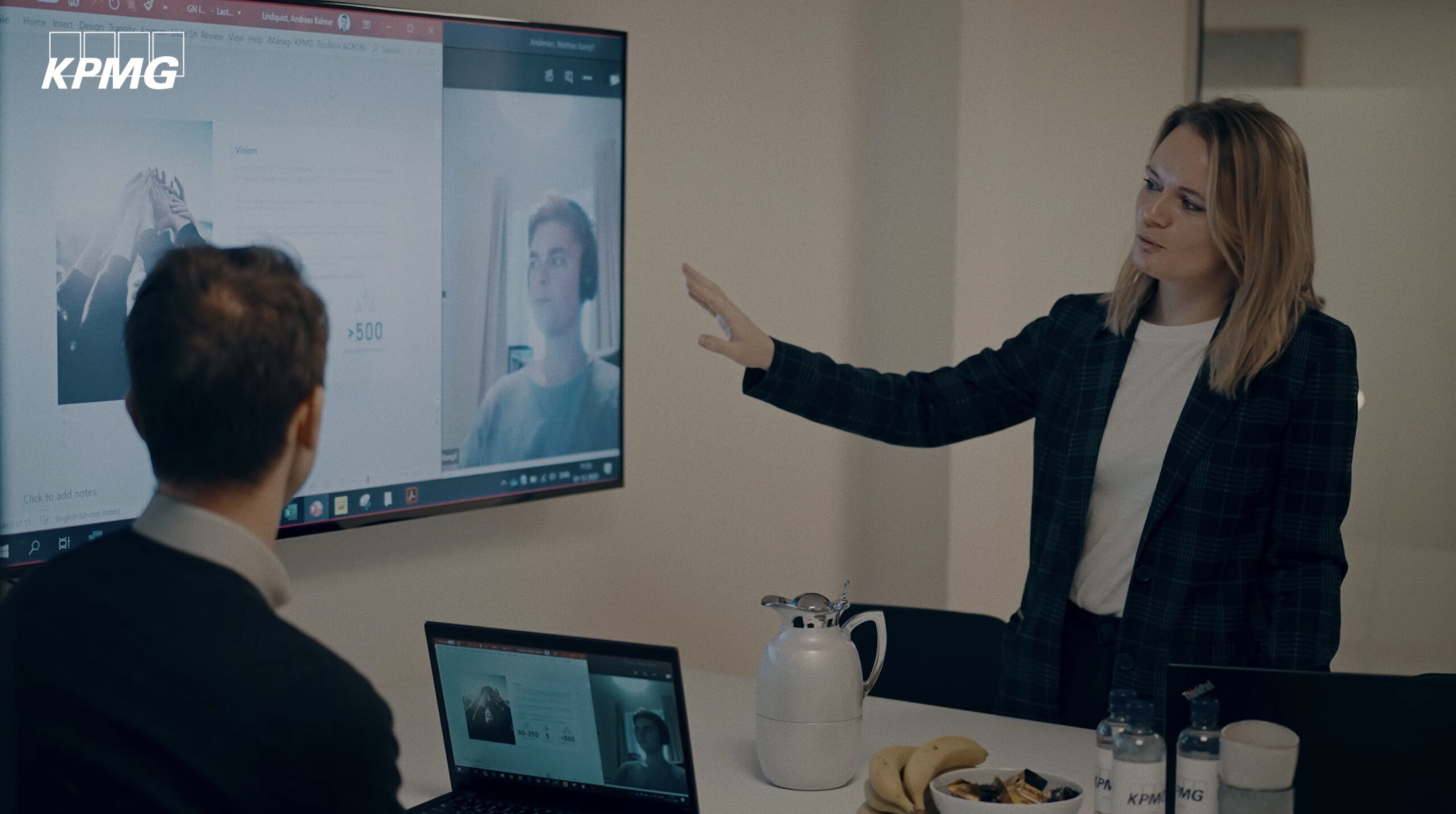 The value of combining a constant base with cross-functional cooperation

KPMG’s setup and way of working provide an important opportunity to try different projects within your focus area through the projects in your service line. At the same time, you also get to know different departments by working in cross-functional teams.

“Being part of one service line throughout the graduate programme gives you an opportunity to work with many different types of projects within an area you are passionate about, and thereby an opportunity to learn from and build close working relationships to your colleagues – in my case, this involves learning from colleagues with engineering or political science backgrounds, amongst others. This is key, as it enables you to become increasingly familiar with different perspectives and insights regarding your interests, as well as to genuinely become part of and find your place in the team,” Aleksandra notes.

As a Graduate at KPMG, you also have the opportunity to work frequently with other service lines on cross-functional projects. “This is an exciting element in our work and can significantly enrich both your network and knowledge and understanding of other service lines and their work. This can be a great start for your career, as it provides you with different tools and skills relevant throughout your career,” Aleksandra adds. 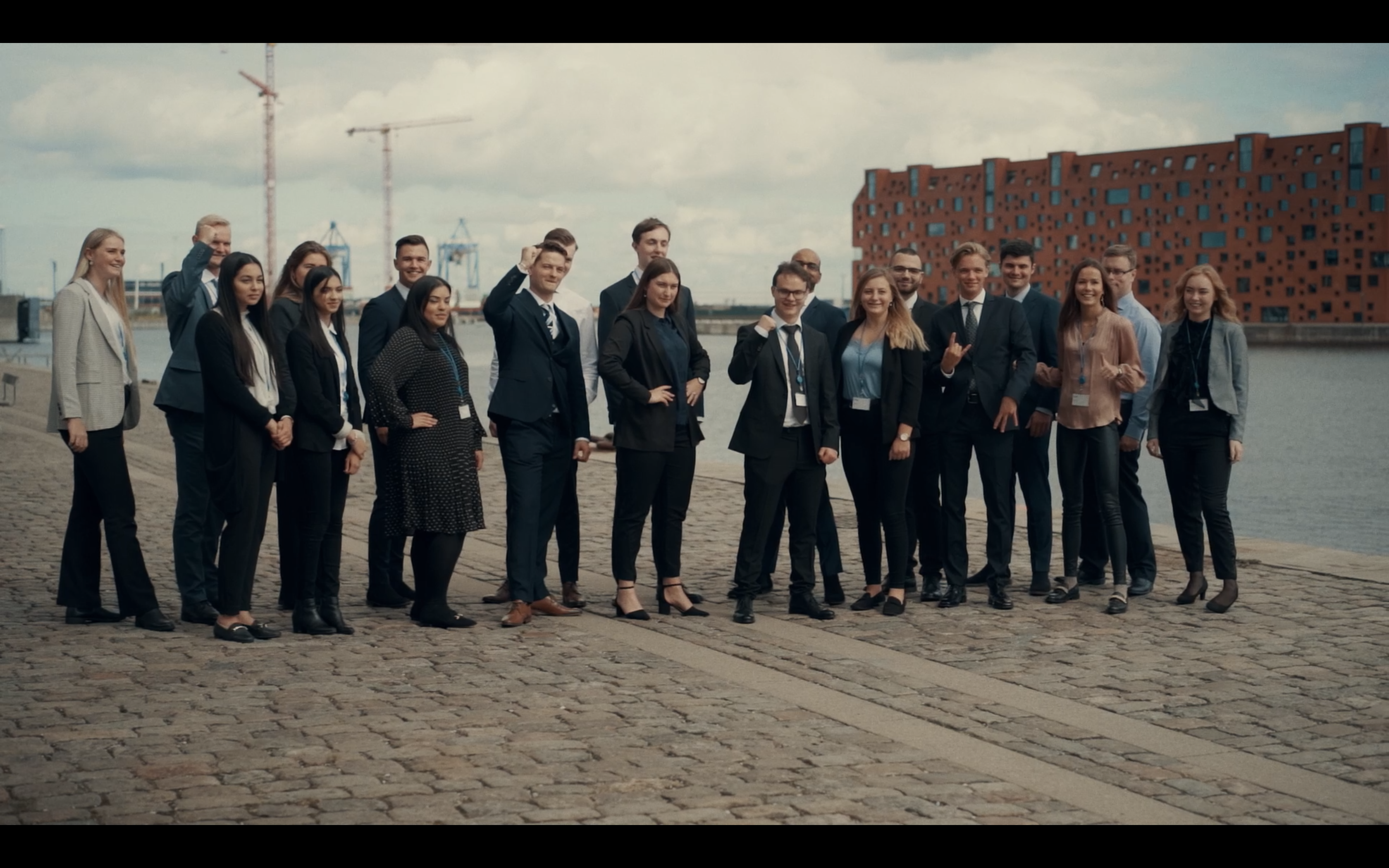 A regular day in the KPMG graduate programme

When Aleksandra joined KPMG’s graduate programme in the summer of 2019, the programme was developed to last 2 years, and has since then been redesigned into a 1-year program. “Already on the very first day, you develop a large network of other graduates with many different backgrounds,” Aleksandra recalls. The first week of graduate life at KPMG is an interesting introduction to the company and other graduates. It includes an onboarding trip for all the graduates, where everyone receives targeted training in key skills needed for the daily life and work of a consultant. When you return to the office, you begin to integrate in your own service line.

The interesting thing is that a regular day as a KPMG graduate is a regular day as a consultant. “The moment you are back from the onboarding trip, you will start working either out at a client’s office or you might work from the KPMG office, for example if you are involved with multiple projects that you contribute to,” Aleksandra adds. This is coupled with the ongoing opportunity to work closely with senior colleagues and increasingly learn about the company and your own development. Lastly, at KPMG, your daily life as a consultant is coupled with training personalised to the stage of your development in frequent intervals. 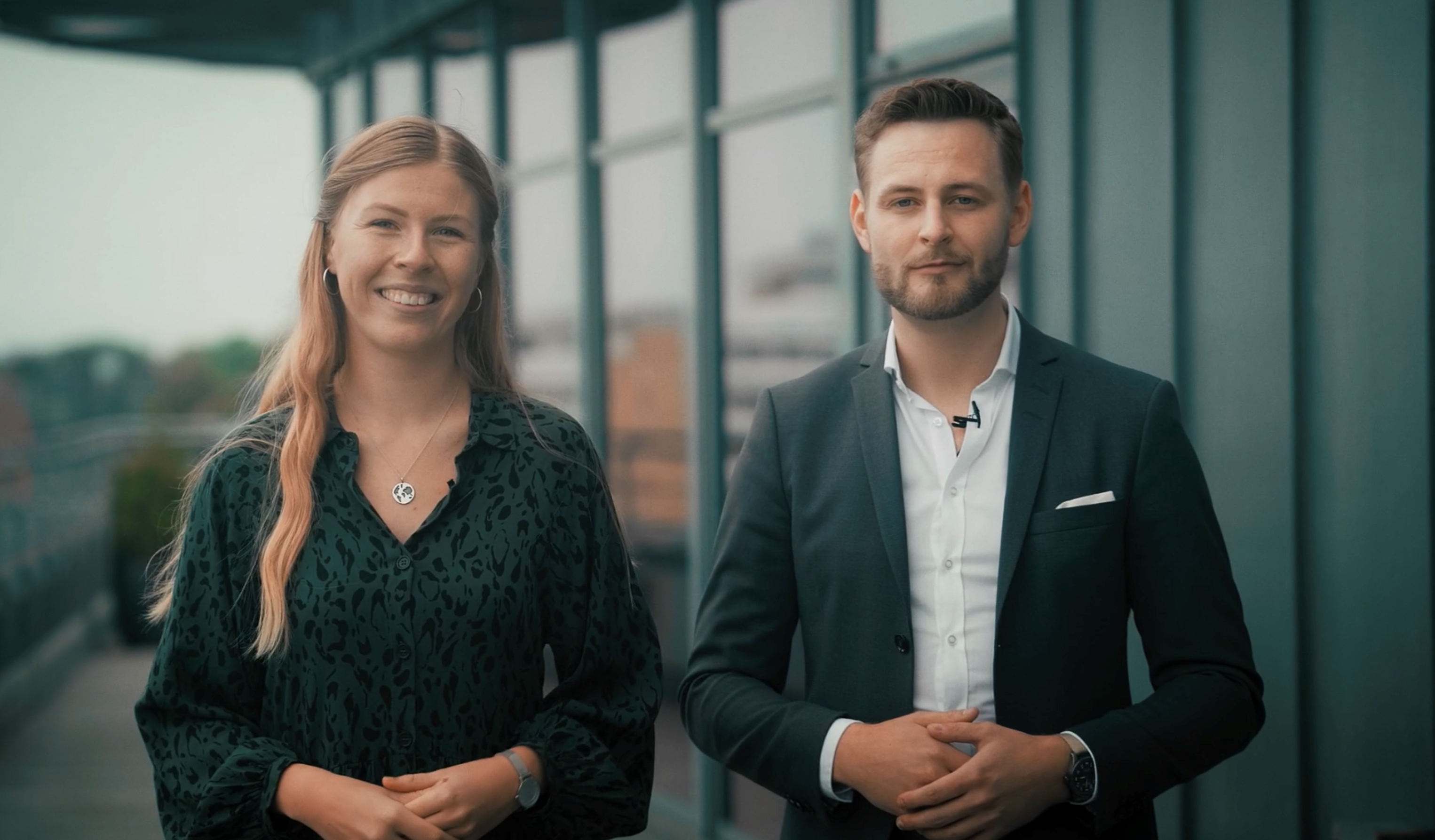 Diving into new themes in a structured way

“Something I have really come to appreciate in my graduate programme is the level and pace of my development when it comes to what I am working with, which is often energy politics, whether offshore wind, energy islands or PtX,” Aleksandra says. She has learned a lot on a wide range of energy projects during her time with the Infrastructure, Government and Energy service line. Aleksandra emphasizes the enormous knowledge you can obtain through the graduate programme and a real opportunity to dive into an area of your personal interest. In general, this kind of work is an interesting starting point for one’s career.

“Consulting is more than just creating PowerPoints. Among other things, it is about staying up-to-date and jointly as a team having sufficient knowledge and understanding of developments in order to advise clients – often with short notice and sometimes ahead of newspaper headlines.”

Along with work on new projects and training sessions, you receive plenty of support at KPMG from your manager and colleagues. There is a clear focus on maintaining a healthy work-life balance despite the industry’s reputation, as well as on ensuring that you develop in a manner and pace that reflects you. “They help you to take the right steps at the right time and guide you in structuring all the new knowledge and skills that you develop in a condensed amount of time.” This is key in securing that you make the best out of your experiences, and it enables you to gradually transition into new roles and challenges.

Finally, Aleksandra shared three tips to succeed: “Trust your instinct when having an interview, take risks if you believe in it, and finally, be honest in your communication with the company you’re applying to!”

Amanda from Carlsberg: “Probably the most fun and... 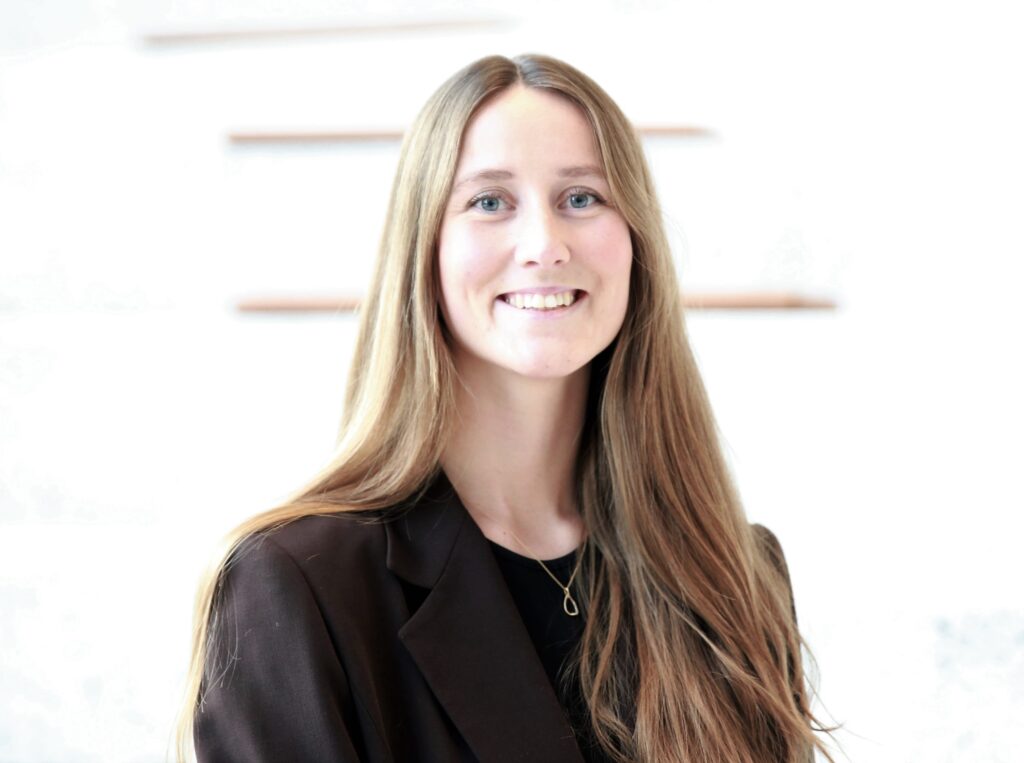 Graduate Anders: “People at Carlsberg are so proud... 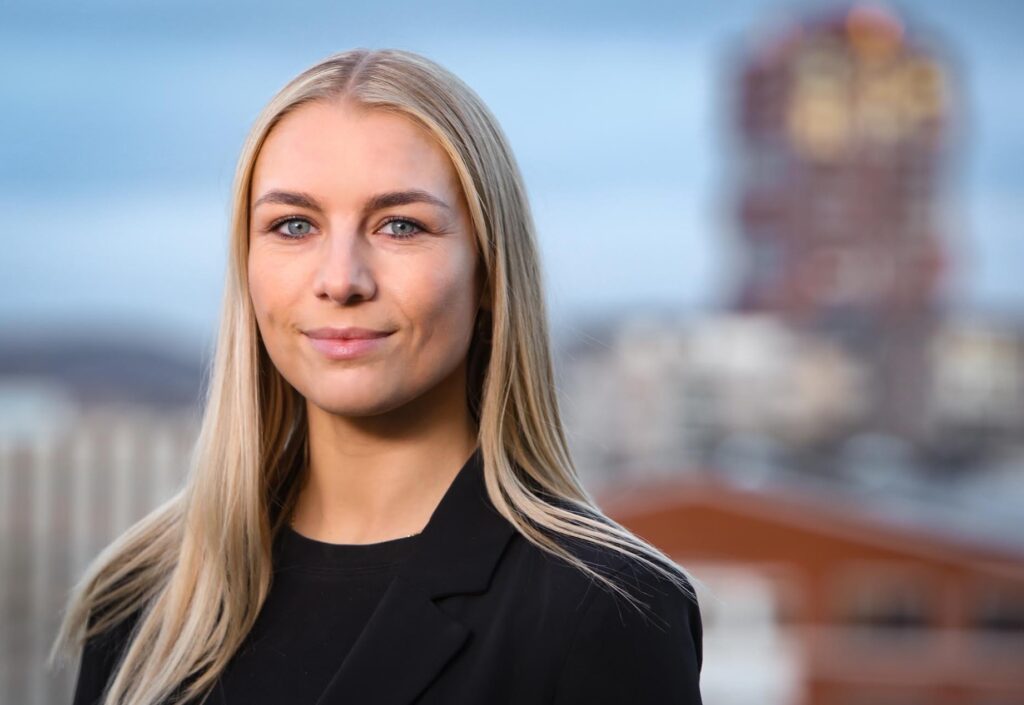