Read about Mads and his exciting journey from helping students to cool eyewear! 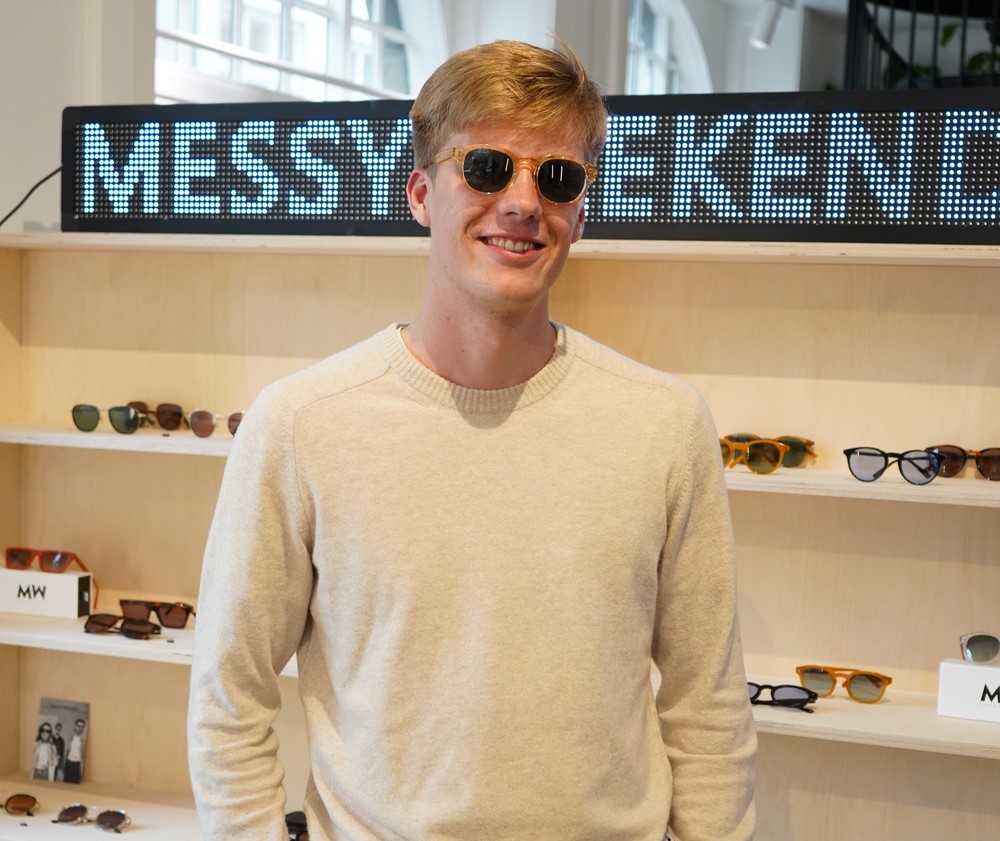 From helping students get into universities to cool eyewear – and all while still studying at the university? Meet Mads – originally from Jutland, he now lives in Copenhagen where he studies for his bachelor’s in International Business at CBS. He is on track to finish this summer – and then plans to take a break from the university.

“It’s just a lot more fun to do what we do at MessyWeekend,” says Mads. During his program, he noticed the discrepancy between theory and business practice. Some parts of his studies were not as practical as he would have hoped. “At least for running a business, it is important to attach the practical part to the theoretical concepts. When I started working, I saw that the theory from school was not directly applicable in practice. After that, I just lost some of the motivation to go on with my studies,” explains Mads.

We built up a network of consultants from universities in Denmark. When some of the universities started introducing tests and interviews as entry requirements, we helped the students with these, too. Everybody should have a fair chance of getting their dream education.

Mads’s entry into the world of business was quick. Along with two of his good friends, he started his first company already during the gap year between high school and university – Mimer, a project with a mission to help students get into their dream university. “It was more of a hobby project at that time – we were living in Portugal and did not have a lot of money, so our initial drive was to get some for more beers,” laughs Mads.

The three friends then ran the company on the side while each of them held a job. Mads worked in Blazar Capital as an analyst, and this status quo lasted until 2020 when the co-founders decided to go full time with Mimer. “We got an investor aboard – and went all in. I don’t think we ever expected Mimer to become a ‘real’ company, but it happened.”

The motivation behind Mimer was to help students who did not have the proper grades to get into universities. In the beginning, the team advised the students, helped them with applications, and corrected their motivational essays. “In time, we built up a network of consultants from universities in Denmark. When some of the universities started introducing tests and interviews as entry requirements, we helped the students with these, too. Everybody should have a fair chance of getting their dream education,” Mads believes.

During his time in Mimer, Mads found out one more thing – it was more fun working on something of his own than in a bigger company. “With your own project, everything you do is decisive for the business,” Mads describes his drive towards his own businesses. But after three years, another project came his way, and he decided to give it a shot. “I was sure Mimer was in capable hands. My two very good friends are still running it, and the company is still growing. But it was time for me to take on another opportunity.”

That opportunity? Messy Weekend, the Danish eyewear brand that aims to do business a bit differently. “The eyewear industry is very concentrated around two big players that own almost all the brands – about 70% of the market. That means they can charge incredibly high prices for products that are fairly cheap to produce. With Messy Weekend, we tried to do the opposite – have great quality and affordable prices,” Mads explains the mentality behind his current venture.

What sets Messy Weekend apart is also the pairing of great eyewear with an environmental focus. With every purchase, the company donates a sum towards cleaning up the plastic from the oceans. “We simply don’t want to mess it up more than it already is.” However, Mads doesn’t want this mission to speak louder than the goods they produce or overuse it in the promotion of the brand. “It’s not why you should buy our products. You should buy them because they are nice and good-looking. The focus on the environment – it is something that everyone should do. We just clean up after ourselves.”

Instead, they build a brand centered around tapping into certain subcultures. “We are very much into the skating, the music, and the snowboarding environment. So that’s how we work with marketing and branding. We have done a lot of content around Messy Skate, Messy Music, and Messy Snow,” Mads elaborates on the brand’s focus. That includes collaboration with DJs, sponsorships of the world’s biggest skate events – and Messy Weekend is also the official sponsor of the Danish national skating team. A specific focus resonates with the communities Messy Weekend targets – but the drive also comes from within. “In the team, we had a skater because of whom we decided to go in that direction. The brand comes from within the company, as well. It feels natural.”

The eyewear industry is very concentrated around two big players that own almost all the brands – about 70% of the market. That means they can charge incredibly high prices for products that are fairly cheap to produce. With Messy Weekend, we tried to do the opposite – have great quality and affordable prices.

With every project, with every business, people are the cornerstone. “When hiring, we focus a lot on the team fit – besides from the competencies on how people fit in within the culture and the brand. MessyWeekend is all about living for the weekends and having fun while doing good. We try to have fun at work while making great eyewear,” explains Mads. At the company, they try to encourage the team to come together and take time off – according to Mads, that is what makes them ready to go to work the next day. “That’s why we also don’t encourage working super late. None of us really work according to the start-up myth of working until midnight. Unless there is something very important to do, we try to leave fairly early, in order to be inspired to put in the work the next day.”

It is equally important to choose the right people to start your projects with. Mads doesn’t have a specific framework in mind when it comes to choosing business partners. “It’s just being able to spend a lot of time together. Finding someone who is nice, understandable, and not too stubborn or set in their ways.” The journey of starting a business can be even more exciting with friends. “With Mimer, it was initially just three friends hanging out and doing some work in the meantime.” 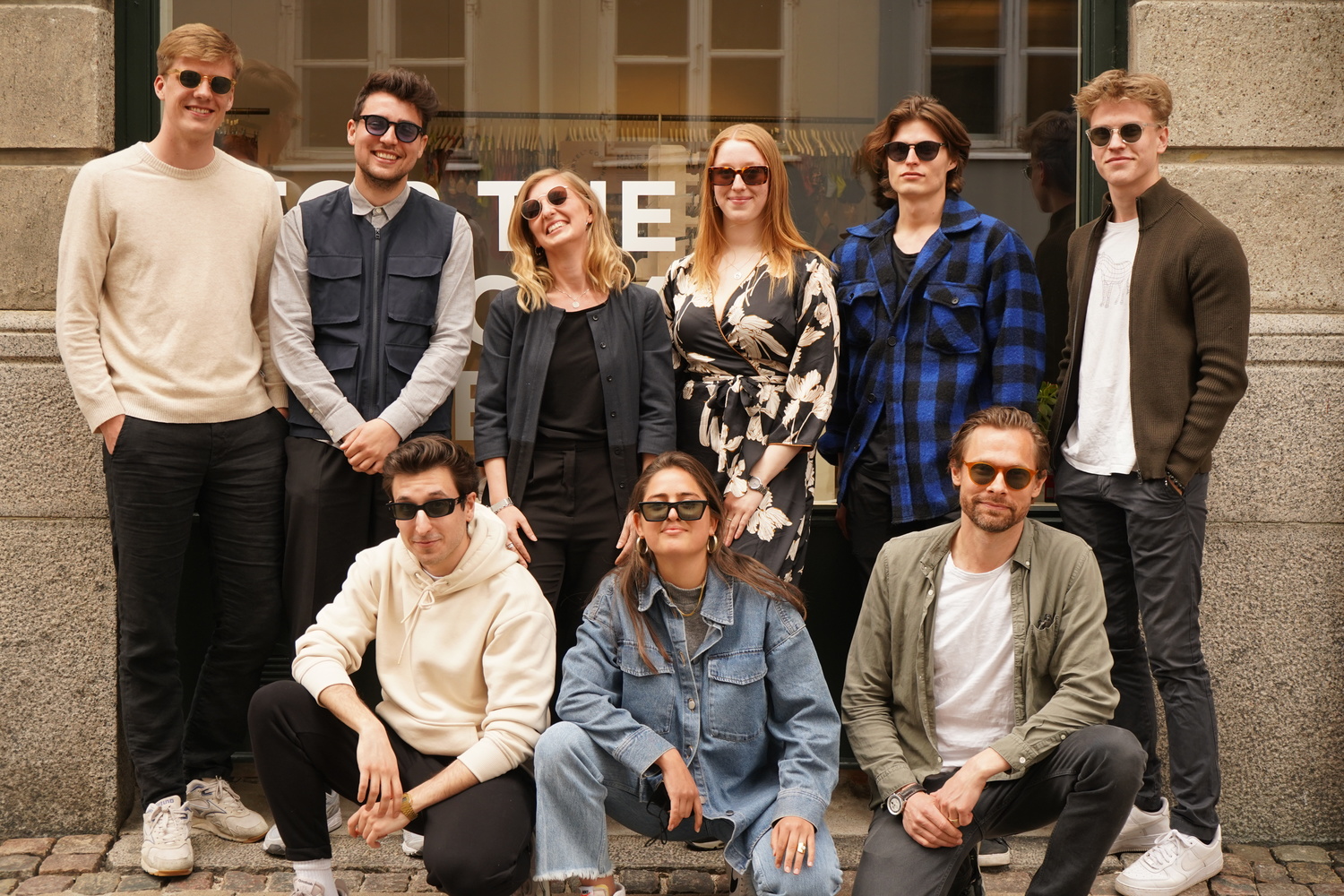 Studying and running a business on the side has been hard for Mads. “And of course, you lack experience – you just have to tumble in the dark and learn on the go,” recollects Mads. It has nevertheless been an exciting journey as he enjoys trying new things and seeing where they go. But right now, his attention is on Messy Weekend. “We’ll see where it goes. We have a goal of building a great company, a brand that people know and use. If everyone in Denmark would know MessyWeekend, that would be cool. It may crash and burn on the way there, it might get big and be something we want to work on within ten years, as well. Who knows?”

It varies a lot. Perhaps 8 hours.

Lord of the Rings – some of the first books that I had read to me by my parents. The story and the writing is just amazing

5. Do you have any advice for graduates?

Enjoy, have fun. There’s no rush.

A lot of people – and the reason is individual in every case. I don’t have any big role models I would idolize, though.

I don’t think I have one.

9. What’s your best and worst habit?

My worst habit is overthinking, and my best habit is being structured and analytical.

10. What’s something you believe to be true and others don’t?

I don’t believe in superficial things.

Emil from ATP: Be prepared for a non-linear... 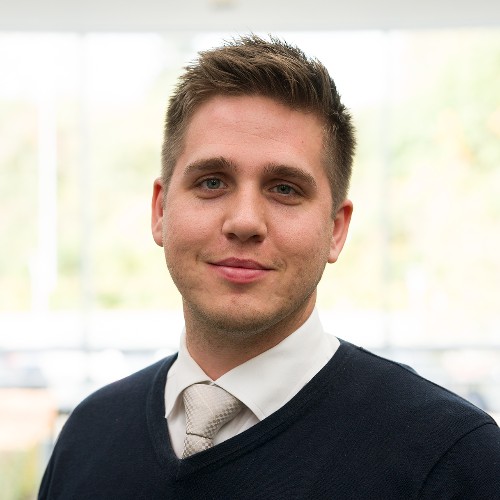