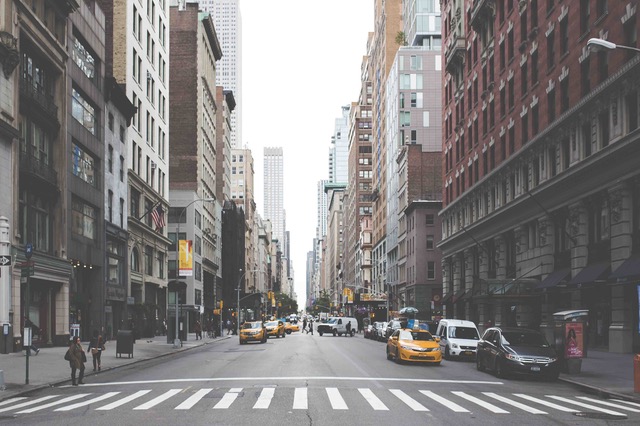 Back in 2015 Emil made the move from the industry giant L’Oreal to the fast growing tech company Dropbox. So far it’s been a fast paced ride taking him from Dublin to Copenhagen and more recently to the office in New York City where he is working with some of the largest companies in the US.

We sat down with Emil to get his insights of what it is like to work for one of the fastest growing tech unicorns, how the culture differ from European companies and managed to pull out a few advices to anyone interested in pursuing careers within Dropbox.

Most of Emil’s experience before landing the job at Dropbox had been within sales and account management. At the point of graduating from CBS Emil was already working full time as a Key Account Manager at L’Oréal. The decision to work full time concurrent with his MSc at CBS was a deliberate choice: “Not that I considered school to be uninteresting I was just more keen on getting a “real job”. Of course it was not always fun to have a full time study and a 60 hour/week job on the side, but I managed to do quite well on both fronts in the end”.

After two years at L’Oréal Emil decided to explore other opportunities.

“I gained a lot of valuable experience working at L’Oreal, it is obviously a big company and you get to work with smart people there. Personally after spending around 2 years at L’Oreal it was just the right time to explore something different. I was looking for opportunities in high growth companies where I could get a lot of responsibility and the chance to shape my role. I knew this was the case in a lot of tech companies so I started researching the big tech companies such as Google, Facebook, Linkedin etc. to see what kind of positions they had available within my field. After completing a bunch of initial interviews I was invited to Dublin for an interview with Google, which I was really excited about. When I arrived I got an email from a  former colleague of mine from L’Oreal who was now heading up the HR team at Dropbox in Dublin. She invited me over to their office for a chat about how it was to work for Dropbox. I was totally blown away with the vibe, the office and the people I met and did not think two seconds before entering into a formal process.

Getting through to the top tech companies is notoriously difficult. They only hire the best of the best and are looking for people that have genuine motivation and interest in the company. Emil’s experience with dropbox was similar but he enjoyed the overall process:  “Personally I had a very good application experience with Dropbox. The whole procedure went well and I was particularly impressed by the people I interviewed with – not just were they super smart, they were also people I connected really well with. I went through a lot of interviews including one with the VP of EMEA, which shows how much effort is put into hiring the right people. Being part of a new team was also a key motivator for me to join Dropbox, as I wanted to be part of shaping the company in the early stage”.

After going through the interview process, Emil received the good news that he had gotten the position as Core Enterprise Account Executive and would be responsible for the Nordic market for Dropbox. As almost all of the large tech companies in EMEA, Dropbox has their HQ in Dublin and he would initially be working out of the office in Dublin with frequent travel to the Nordic countries. “When I joined Dropbox I was part of a 2 man team (including me) covering all of the Nordics, we were both pretty recent hires so besides being responsible for increasing sales with our clients, we were also involved in building up our go-to market strategy. We basically had a great product but  did not have a clear cut strategy for how to penetrate the Nordic markets – it has been super rewarding to be part of the entire journey from strategy to sales to building long lasting relationships”.

Emil recently made the move to the big apple and is now part of the Enterprise team in NYC. Here he primarily deals with large clients such as fortune 500 companies. A key part of his job is to build strong relationships with companies and ensure that they get the solution that is exactly right for their company and employees. “I spend a lot of time with both prospective and current Dropbox clients – networking is a key part of my job and I prioritize to be out with my clients. I guess it is for most sales and account management positions, however this is especially true when dealing with enterprise sales where cycles can easily be between 18 – 24 months. This has also given me the opportunity to interact with very experienced managers and C-levels – something which I would have not had the opportunity to do in most other companies. 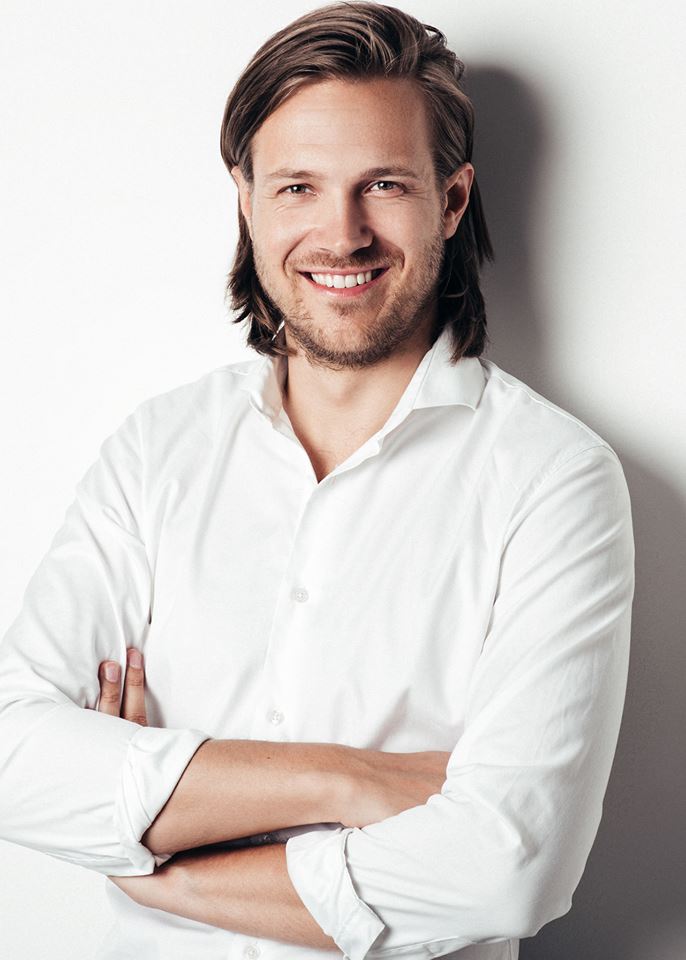 Emil Dyrvig who just moved to NYC to work for Dropbox

When most people think about the largest tech companies the first thing that pops to mind is often Google which have made employee perks such as free food, massage and beanbags a trademark. Emil also admits that he has never been in a company that treats their employees as good as Dropbox. “I’m not going to lie, I was super impressed by the office when I interviewed here – this is not the most important aspect for me, however having free access to a top-notch gym, commuting subsidy, events and basically everything you need is of course a nice perk. In general they take very good care of you and it is a very good working environment dominated by young people with a lot of energy. Overall I really like the culture here at Dropbox and the denominator is probably that we are all super ambitious and good people – there really is no place for people that does not treat others with respect in the company. Culture fit matters immensely at Dropbox and this is also why we focus on those when we interview people, which goes from entry positions to the senior level.

Master of your own career at Dropbox

“One of the key differences I felt from the move from a European company based in Denmark to Dropbox is that you are very much responsible for your own success and career here. There is no one telling you what to do all the time and you have to ensure that you develop in the way that you want to develop. This probably reflects the American nature of the company that you are the master of your own career. This also means that if you perform you have a lot of flexibility in terms of where you want to take your career and the company will be there to back you up”.

The right place at the right time

There is no doubt that Emil is a big fan of the tech industry and he has thoroughly enjoyed his time with the company so far. “I highly recommend anyone, but especially graduates and young professionals, to make the move into the tech industry – internationally if possible. It’s one of the fastest growing, and in my opinion, most interesting industries to work in”.

Compared to other industries such as consulting, banking or some of the big graduate programmes, Emil still believes that there are some extraordinary opportunities in tech. “First of all it is obviously a personal choice, but some of the things I can vouch for, at least at Dropbox, is a very steep learning curve as you get to work with some of the smartest people in the world on some of the most exciting technologies. You also have the opportunity for fast progression if you are a high performer – this is something which I think is particularly true for new tech companies as they move so fast that opportunities constantly develops. To put it in perspective we only had the Dublin office with 40-50 employees in total when I joined. Fast forward to today we have opened offices in London, Paris, Amsterdam, Hamburg, Tel-Aviv, moved office twice in Dublin and are a lot more people than when I started. That obviously provides a lot of opportunity for growth – both personally and professionally. Finally I also think that you will have a profile that stands out a bit more in the future and will be something that companies will be attracted by”.

Tips for making it through to Dropbox

“The company looks at a lot of things when hiring new people but general smarts and knowledge about our product and business model is a good place to start. Besides that then you need to show initiative and be willing to do stuff without anyone telling you what to do. Finally then you need to align yourselves well with our cultural values and find out whether or not you are a fit.”

To highlight, Emil finds the below important in a future application to Dropbox:

“I also recommend anyone to look beyond Denmark when applying for tech companies as Denmark is very rarely the first place for any international tech companies – at least if you want to get in a bit earlier on. So take the risk and seek the opportunities abroad.”

Dropbox are currently looking for smart and driven people like Emil – if you are interested in pursuing careers within Dropbox, a few roles are outlined below. Feel free to reach out to Emil for more information or if you have any questions on the roles.