‘Not sure if I was a good fit’

When talking with Ivana it’s clear how happy she is to work at Grundfos, despite her initial belief that she would not not fit in with the company and its industry.

– The first time I heard about Grundfos was when they came to Aalborg University to present themselves to the students. The talk was very focused on the mechanical aspect of pumps, while we were studying construction management, so I didn’t see the fit with what I was studying – and mentally put Grundfos on the “no-go” list afterwards. Unfortunately, they never mentioned their graduate programme; in general, these weren’t advertised at all at our master’s.

In the meantime, Ivana finished her civil engineering master’s and found work as project and site manager on construction sites, however, it wasn’t the perfect match.

With a portion of good timing, she heard about the option of applying for a graduate programme from a friend, and promptly started researching companies and opportunities – just to come across the Grundfos Global Graduate Programme about two hours before the deadline.

The Slovak graduate, who came to Denmark to study in 2012, managed to impress the Graduate Programme Management at the assessment center and became part of the Service & Solutions department, hereunder a team called CBS Digital, anchored in the Digital Transformation Office.

– The recruiters analyse your profile of education, experience and personality to assign you to the right first rotation. After that, you get to decide freely which departments and projects that you would like to be part of, which I think is amazing.

it is certainly unconventional, that graduates enjoy such freedom to choose their graduate scheme plan as it is the case with Grundfos. Most graduate programmes often include ‘tracks’, which dictate the content for the program.

Ivana notes that Grundfos highly encourages the graduates to choose a diverse program composition. It enables insights from different parts of the company, which makes it possible for you as a graduate to connect the dots across departments, she further adds.

– You are constantly behind the wheel of your own development. You can either do something completely different on each rotation, or perhaps you cover something more specific from different angles, for example digitalisation.

You can explore where to go up until your next rotation and it usually works in the way that you reach out to the vast network in Grundfos that you have been creating since the beginning. Alternatively, people also approach you, if they see they have a fitting project for you coming up. This is very likely, since you develop a strong network here.

At Grundfos the graduates are a valued part of the company, which are trusted to contribute and deliver value from day one.

This becomes clear when Ivana remembers her first days in the company. It was overwhelming in terms of learning both the technical parts of Grundfos’ products, while also having to adapt a business mindset, which wasn’t part of her studies.

However, people around her were happy to share their knowledge, and she felt very welcome from the beginning. Her project owner introduced herself and her manager a couple of months prior to Ivana’s start at Grundfos, and she met them both the day she began. Here, she got introduced to the company, the organizational structure, and much more. This was the start to an eventful week, as a week-long workshop in her team began the next day.

– Colleagues from Portugal and India flew in and we had an intense week-long sprint on business development on the two offerings I worked on with my first team. There was no time to scroll through powerpoints to get to know the project, it was really hands-on, learning by doing.

Although it was overwhelming, it was the best possible way. I was with the team where everyone was present and supportive. They didn’t expect me to understand everything already, but instead they were very friendly and helpful to get me on board.

Developing as a graduate

Ivana wouldn’t have had it any other way when she looks back at her almost full first year at Grundfos.

She highlights the large faith that is put into her as a main driver of her development, combined with the possibility to shape her journey in the graduate programme how she sees fit. 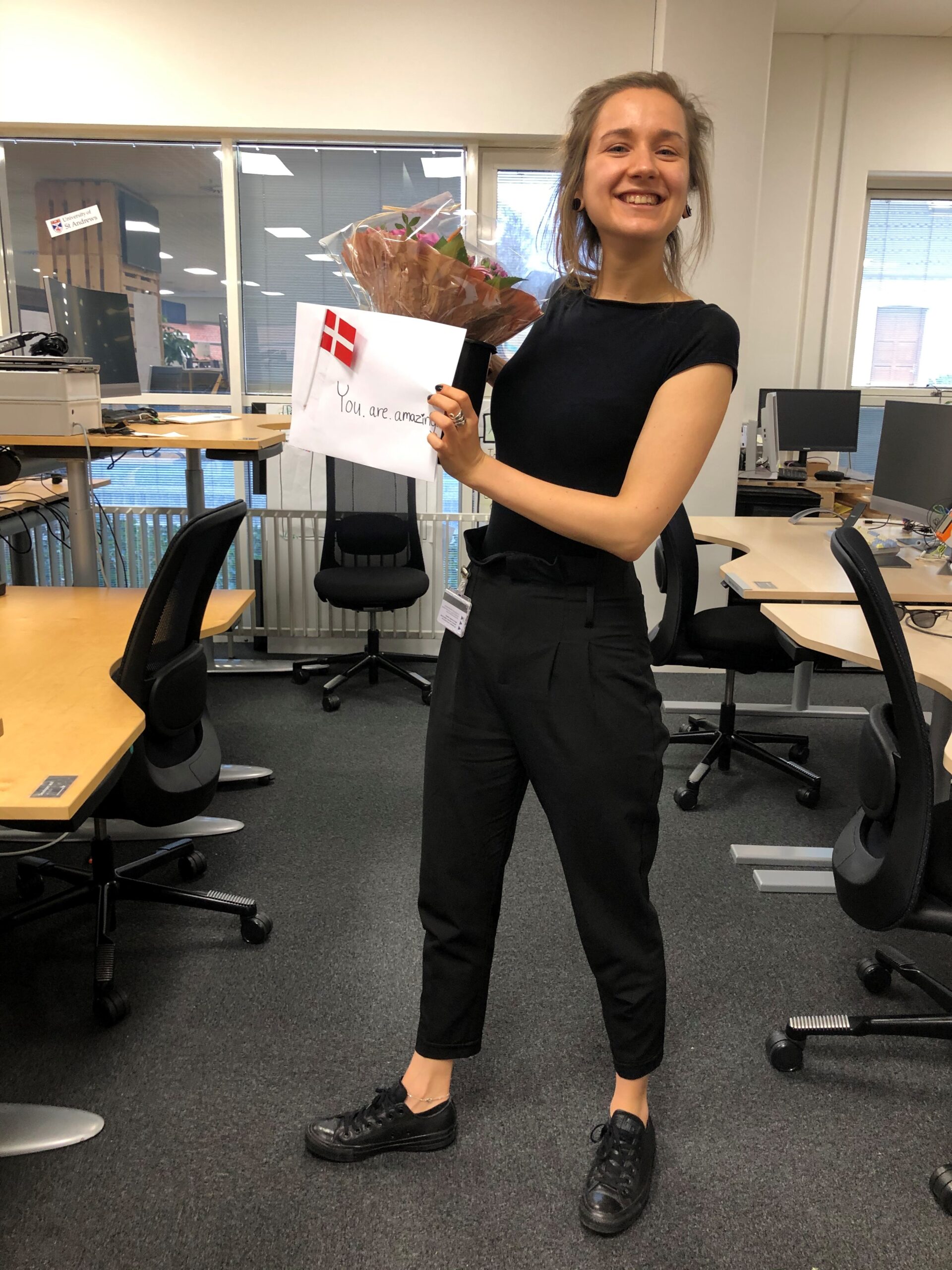 The progress she has made as a graduate stands clear to her. There was much ground to cover, but within a couple of months she felt she was up to speed. This was apparent when she was talking with her buddy, who is a former graduate of Grundfos’ Global Graduate Programme. In the beginning, it was mostly a one-way talk consisting of many new concepts, but already two months and a lot of intense learnings later, it was with a mutual understanding of Grundfos and the company’s business situation.

“They said the learning curve would be steep - in reality, it was vertical.”

– Before starting in the graduate programme, you wonder how you could apply all the things you learned from university, but in reality, you learn the most when you’re here working. You constantly need to look outside of the school box to find the necessary solutions, and often you’ll find yourself linking subjects you didn’t even think were related in order to solve a problem.

This statement is closely connected to some advice Ivana has for new graduates. Be curious at any time, you will learn a lot by having this trait, she says, and continues:

– Speak your mind, there are no dumb questions and they want your input. Be yourself, you don’t need to level up your game or be extremely professional, or only talk in business riddles. Being yourself is how you establish the best relations, because your colleagues will get to know you for who you are.

Grundfos’ graduate programme is a two-year programme consisting of four rotations, aimed at graduates with a very broad number of backgrounds. Those could be within finance, supply chain management, engineering, business, HR, communication/marketing or IT. The company had for the summer 2019 graduate an intake of 15 graduates globally, 10 of which were in Denmark.

The 2019 batch of graduates at Grundfos.

On which elements Ivana finds the most important for a graduate program, she identifies a number of key things.

– Firstly, the people in charge must try to understand where you are and listen to your issues. As a graduate, you have very specific kinds of problems. Constantly changing jobs, being part of new teams, facing new challenges in new areas you might never have heard of before, all unique issues compared to people in a steady job at the same place.

– Secondly, give plenty of guidance in the beginning. For example, we have approx. 20.000 employees and a bit of a confusing structure at first. Therefore, the introduction on how the company structure functions, how departments work together and how they’re interlinked is crucial. Furthermore, being introduced to key people in the beginning is highly valuable as well.

Finally, Ivana again mentions the flexibility that she has experienced in her program. At Grundfos, they used to have the “classic” tracks like supply chain, finance, or business development; however, this way the work practice can become more siloed, she notes.

This is not the case anymore, though. She mentions another graduate, who started out in supply chain and is now working with virtual reality (VR), exemplifying the contrasts of the opportunities available at Grundfos.

Although Ivana is unsure about her 10-year plan, she knows that staying at Grundfos is a priority for her. As a result of the diverse time she has spent in the company so far, she hopes to find her place within the digital offering and commercial part of the business.

And so an interesting interview came to its conclusion, with some great insights from Ivana, whom we would like to thank for participating, and as well Grundfos, for willingly facilitating the interview. Best of luck with your remaining program, Ivana!

3. Favorite book?
The Name of the Wind by Patrick Rothfuss.

5. Best piece of advice for talents?
Don’t give up.

6. Do you meditate?
Yes, through nature.

7. Who are people you admire?
My whole family.

10. If you could learn any new skill what would it be?
Read peoples’ mind.

Follow Graduateships on our website or social media channels to find the 2020/2021 graduate guide publication in the autumn of 2020.

You can also read more about Grundfos on our company page here. 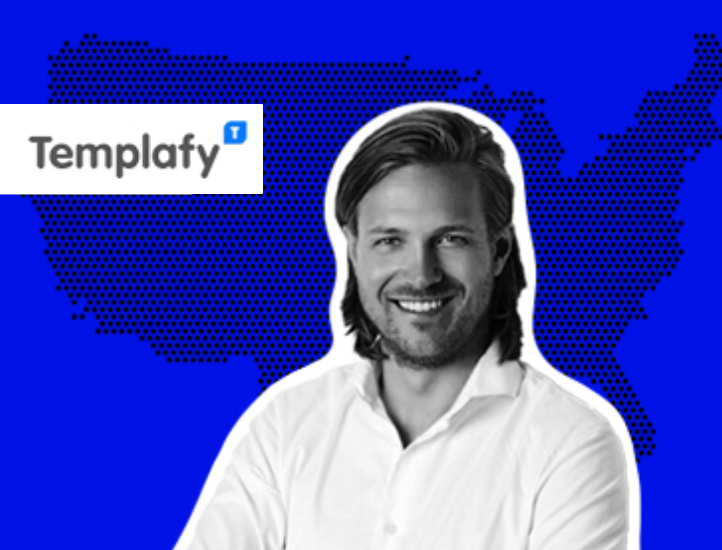 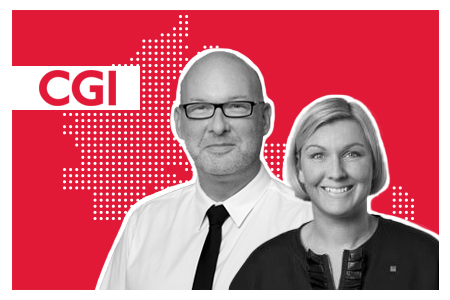