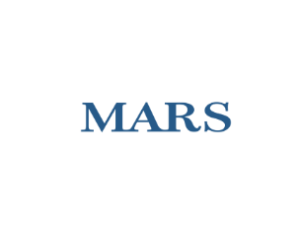 More than 100 years ago, a young Frank C. Mars started making candies in his Tacoma, Washington kitchen. From that simple beginning, his son Forrest built Mars into the mature company it is today, first by creating the MILKY WAY® bar with his father and later by expanding the business overseas and diversifying into new categories like pet care and food.

Mars makes a lot more than just chocolate. The six distinct and different businesses have helped us reach billions of consumers and achieve more than $35 billion in global sales.

Today, the Mars family of Associates is 100 000 strong in 78 countries around the world. Through all that growth, we’ve remained a private, family-owned business, with passionate Associates who are united and guided by The Five Principles.

About Mars in Nordic Region

Mars Nordics business unit is part of the global organization, employs 270+ associates and is headquartered in Copenhagen, Denmark. The Mars Nordics unit started in 2012 when Mars Finland merged with Mars Scandinavia.

Masterfoods Scandinavia was established already in 1962. The office for Norway was established in 1973. Forty years later in 2002 Mars Denmark and Mars Sweden merged their offices in Ørestad, Copenhagen and completed this action fully in 2006 as the Mars sales office in Stockholm closed. Mars Finland was established in 1980, known in those days as Master Foods Oy. In May 2016, Wrigley Scandinavia became part of Mars with its confectionery portfolio.

At our Nordic headquarters in Copenhagen we work with i.e. marketing, finance, logistics, HR, corporate affairs for the whole Nordic area and sales for Sweden and Denmark. We have sales offices in Oslo, Norway and Helsinki, Finland. Mars Sweden has office in Stockholm. All our Nordic companies are operating in three different categories: Confectionery, Petcare and Food.

Mars is a value driven company. The Mars Five Principles serve as our compass for how we conduct ourselves and how we work at Mars. Our Associates put the Mars Principles into action every day to make a difference for people and the planet through our performance. Mars Nordics makes a difference to People, Pets and the Planet and supports organizations for homeless people, pets and cocoa farmers in West Africa.

Mars Nordics business unit is part of the global organization, employs 270+ associates and is headquartered in Copenhagen, Denmark.