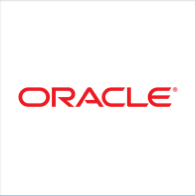 Oracle predicts the future of computing is in the cloud and that’s where it’s headed. A leader in software (about 80% of its sales with a rising amount coming from cloud-based applications), it also provides hardware and services to help companies improve their processes. Best known for its focus on databases (its first products), it offers aid in areas such as data management, collaboration and application development, customer relationship management, and supply chain management. In recent years the company has aggressively used acquisitions to expand. To further boost its cloud offerings Oracle bought NetSuite in 2016 for $9.3 billion.

Oracle traditionally sold on-premises software, applications that were loaded onto customers’ computers at their offices. Even with its move to the cloud, 51% of the company’s revenue comes from license updates (the company claims a high number of renewals) and product support.

Oracle’s cloud offerings include software-as-a-service and platform-as-a-service, which the company hosts, manages, and supports. That business accounts for 25% of Oracle’s revenue.

Another area of emphasis for Oracle is its Cloud Infrastructure as a Service business. It accounts for just 2% of revenue, but the company has highlighted it for investment and growth. The business includes Oracle Managed Cloud Services, comprehensive software and hardware management and maintenance services.

Oracle’s hardware business, which includes computers and related software and services, generates 13% of revenue. The company’s consulting services business brings in 9% of revenue.

Oracle has global operations with international customers generating more than 50% of sales.

The company uses direct and indirect channels to market and sell its products and services. The companies that comprise Oracle’s indirect channel network are members of the Oracle Partner Network.

Oracle counts some 420,000 customers, including each member of the Fortune 100. Its customers are in industries such as aerospace and defense, automotive, financial, technology, manufacturing, oil and gas, retail, telecommunications, and utilities.

Oracle’s revenue slipped about 3% to $37 billion in 2016 (ended May) from 2015. The company blamed the decrease (of about $1 billion) on the impact of foreign currency exchange. Otherwise, the company reported that revenue increased from the cloud and on-premise software, and services businesses. It claimed growth in software license updates and product support revenue as well as in its as-a-service areas.

Developing cloud products and services has been the focus of Oracle’s research and development efforts (about $5.8 billion in 2016) and its acquisitions. In 2016 the company released products that help customers analyze information gained from the internet of things and cloud-based services for small and medium businesses.

While Oracle spends billions on R&D, it spends even more on acquisitions. Its purchase of NetSuite cost $9.3 billion and it has spent billions more on about 40 acquisitions from 2012-2016. Oracle looks for firms that complement and extends its technologies and services, expanding its offering to its customers and expanding its customer base.

In July 2016 Oracle bought NetSuite for $9.3 billion. NetSuite ($741 million revenue and $124 million loss in 2015) provides cloud-based business management products similar to Oracle’s, but NetSuite’s products are for the medium-sized business market while Oracle’s go into bigger, enterprise businesses. The acquisition could help Oracle in competing with Salesforce.com, which also is an Oracle partner. Oracle chief Larry Ellison has a significant ownership share in NetSuite.

Other recent acquisitions were of MICROS Systems, Textura, Datalogix, and Maxymiser.