Eske, a podcaster going into McKinsey: Read about his journey into one of the world’s biggest consulting firms! 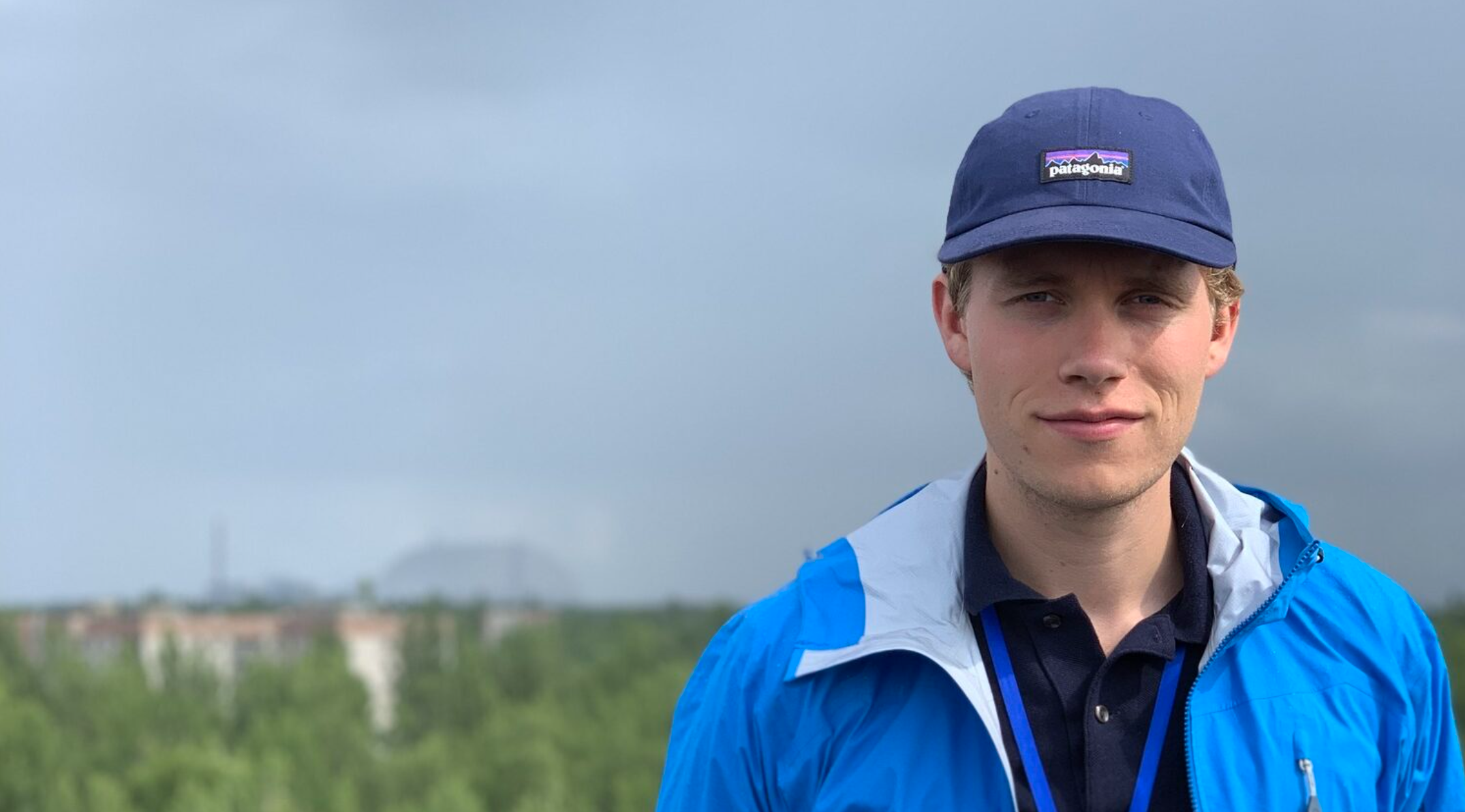 Originally from Ry, Eske attended a gymnasium in Silkeborg where he mainly used his time working at Kvickly. “It’s a classic Jutland thing – first, you work as a newspaper delivery boy, and then you work in a supermarket. I was no exception,” Eske remembers his high school days. Besides that, he was also quite active in youth politics which gave him some of the opportunities he was missing in school, such as debates and facing challenging situations. “Youth politics is often underestimated as it can give young people a lot. It can make them more outgoing or give them public speaking opportunities,” says Eske. It was his involvement in politics that made him more engaged and introduced him to a world outside of his hometown.

It also led him to search for something outside of Denmark during his sabbatical year. For a while, Eske was orientated at the German market and attended job interviews with companies there. However, something else caught his eye – on Facebook, he noticed that Mads Faurholt from Nova Founders Capital, a venture capital company, was looking for interns. Eske applied for the internship program and they asked him to come in for an interview.

Despite already having a job offer from Germany, Eske declined it and tried his luck with London. “I had my final interview with Mads which was very impressive – he is great at asking questions that get to us, and at hiring the right people,” Eske describes the meeting. And apparently, he was one of them as he was accepted into the programme and spent his sabbatical year in Nova in London. 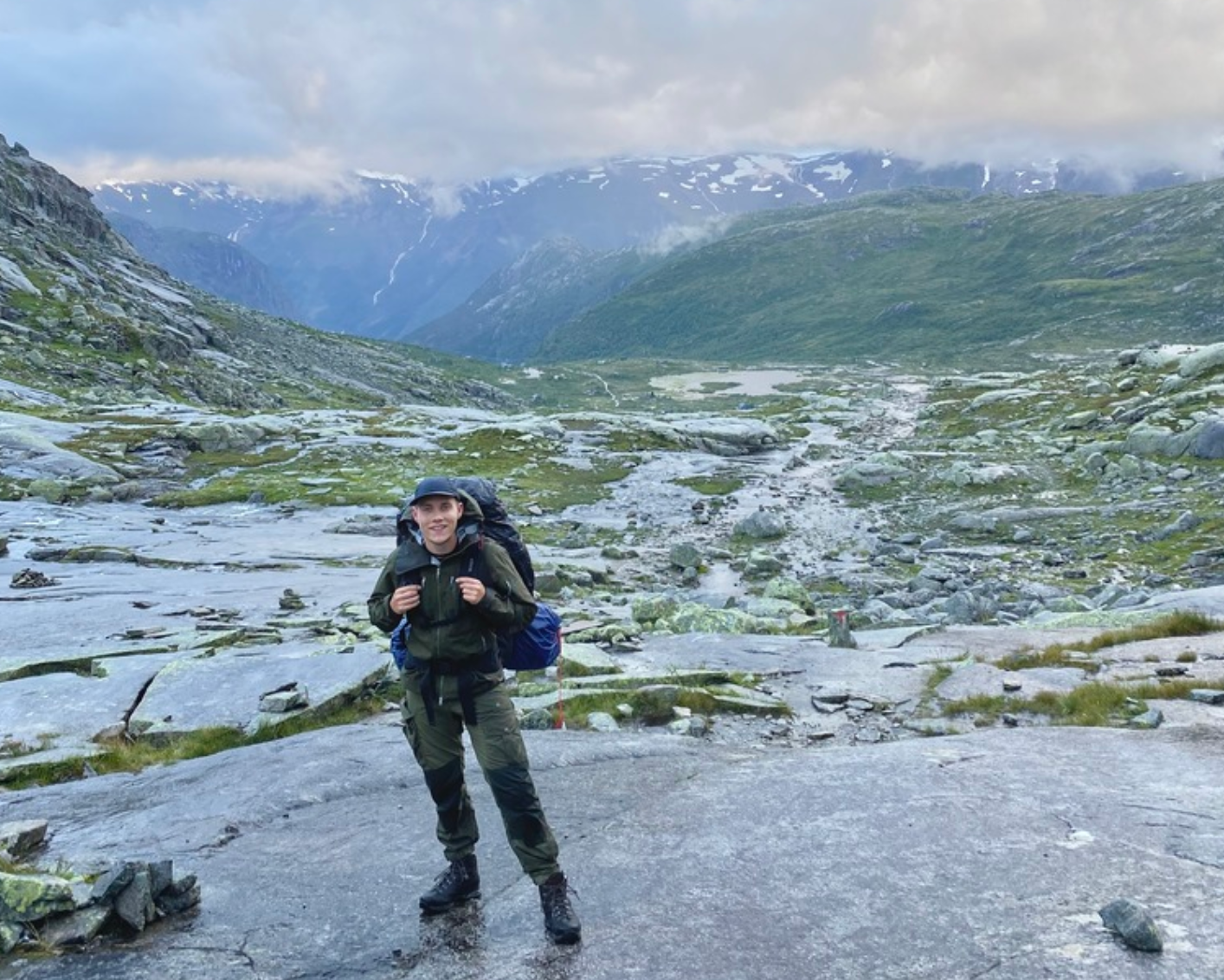 “Do what you are not good at”

After the year had passed, Eske enrolled into the university – but instead of studying International Business like his network from Nova, he chose Shipping and Trade. However, he was having difficulties with getting a new job. “I asked Mads Faurholt what he thought I should do. He said I had to do the thing I wanted to do the least – I should get a job in a call center. So I started working at Berlingske media – something I wasn’t very good at – but I really learned a lot!”

Youth advisory board member and podcaster

Another job Eske got opened a completely new venue for him. He started working as a youth advisory board member at Nordic Eye, a Copenhagen-based venture capital company, where one of his tasks was content creation. To make this process easier, Eske suggested podcasting as he saw it as an up-and-coming form of communication back in 2017. “I sat down with my colleague Lars, took out a sheet of paper, and tried to figure out what we want to do with the podcast. Ultimately, we decided to do it outside of Nordic Eye – and instead let them post it as we were still a part of the establishment,” explains Eske.

The biggest problem that new podcasters have was getting more listeners – and someone to finance the equipment. “We thought we would just kill two birds with one stone, and we wrote to several media and journalists to see if they would like to support us. Most of them rejected our podcast – but Børsen was slightly interested and suggested a meeting.” 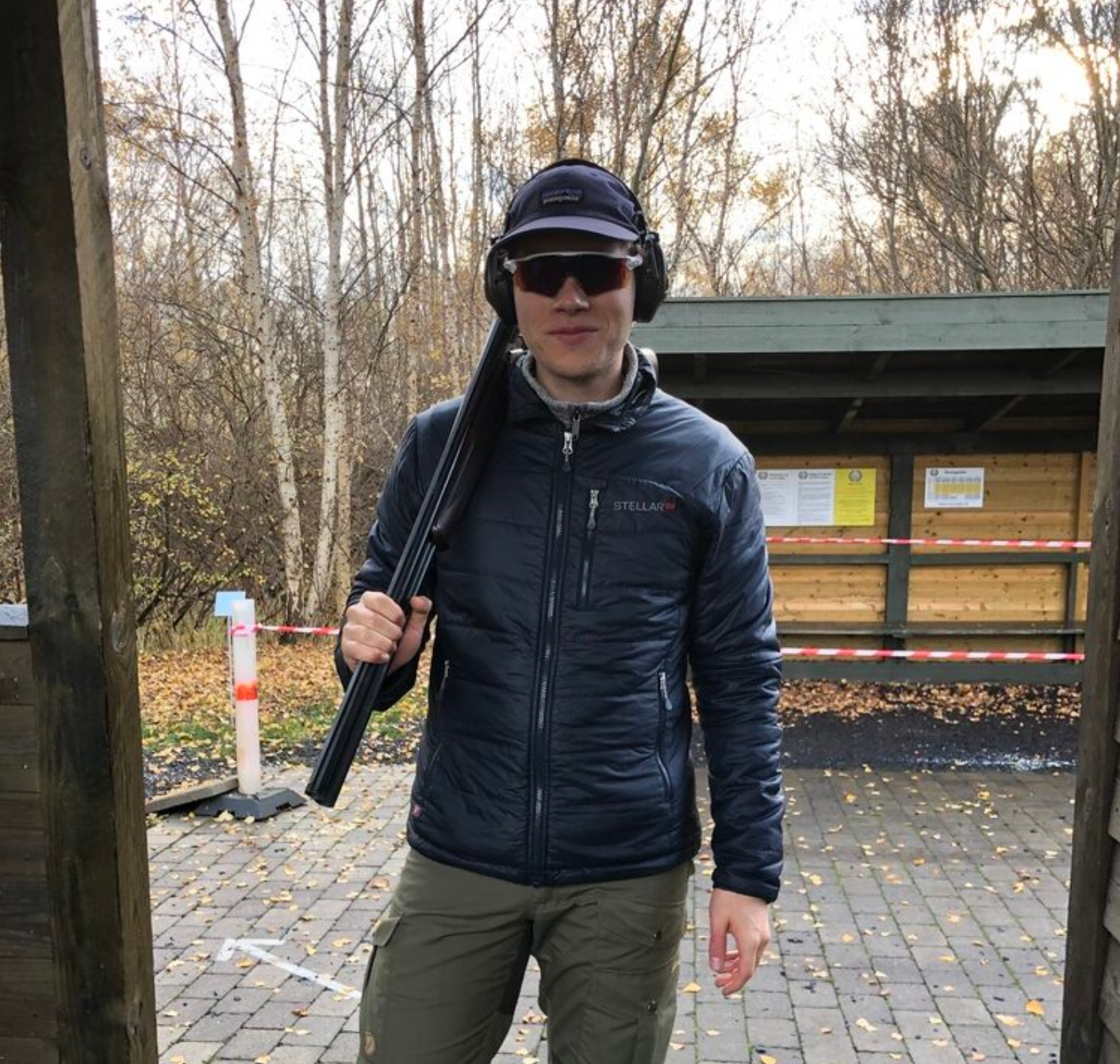 “Don’t be afraid to reach out for advice”

Børsen eventually made a deal with Eske and Lars, and they lined up their first three podcast episodes, the first interview being with Mads Peter Veiby. The podcast went well and it was by then very easy for them to get more interviewees. What is more, the article Børsen posted about the episode with Mads Peter Veiby, ended up being the most read online article on their site in a 30 day period. The podcast became very popular, but Eske and Lars did not manage to prolong their deal with Børsen; instead, the company launched their own podcast. Yet, Eske says they continued to help the young podcasting duo out.

“This is some advice that I would like to put out there – if you’re in doubt about something and know someone who is good at it, then you should definitely just try and reach out to them,” suggests Eske.  That is what they did when they needed to decide on podcasting equipment – they wrote to Pernille Engaard from Millionærklubben and Esben Bjerre from ‘Her går det godt’ and asked what they used for recording. An hour later, Esben replied with equipment suggestions, and wished them the best of luck.

Eske and Lars are no longer a part of Børsen, but they have a crowd of listeners of their own and continue to publish a new episode every other Sunday – and probably won’t stop anytime soon as they have a long list of ideas and people to interview.

An opened door to McKinsey

Juggling his continuing studies with work and his podcast Fremtidsfabrikken may have been challenging – but Eske says his podcasting experience opened up an unexpected career door for him. “I honestly think that without it, I wouldn’t have been considered for my job at McKinsey. I didn’t have a lot of big company names behind me or a big job title some of my peers might have had. Having a project like this is proof that you have the persistence to produce something consistently, and also be able to do it outside of your studies.”

Going forward? Eske thinks Fremtidsfabrikken is big enough as it is now but he is considering starting his very own podcast – and at the moment, he is simply enjoying his work at McKinsey.

1. What’s the best advice you’ve gotten?
My boss Antiono once said: If you ever have the option to choose between two jobs – or even just two dinners – always choose the place that has the people you think are the most interesting, and always choose the job with the best boss.

4. Your best and worst habit?
Worst habit: When I travel abroad, I always have to have a ‘træstamme’ at Lagkagehuset at the airport.

Best habit: Same thing as above.

5. Who do you admire?
Peter Attia, a US-based doctor (my man crush)

6. One thing you believe in that most others don’t?
Ahaha I like that – that’s a classic. I think mine must be that I don’t believe you find yourself by being alone.

7. Best advice for other young students that want to go from Ry to McKinsey?

When you are studying, spend all the money you don’t have. Take that SU-loan. Of course, “live all you can; it’s a mistake not to”. And eat local food with local people

8. Which item that you have has the most value to you?

I don’t have a lot of things that can’t be replaced. Maybe my Patagonia vest – that thing has experienced some adventures.

9. What’s your superpower?
Being able to talk to people no matter the circumstances.

10. What’s your kryptonite?
I am too direct. I don’t always frame what I say in a particularly nice way but sometimes I am simply just too frank. 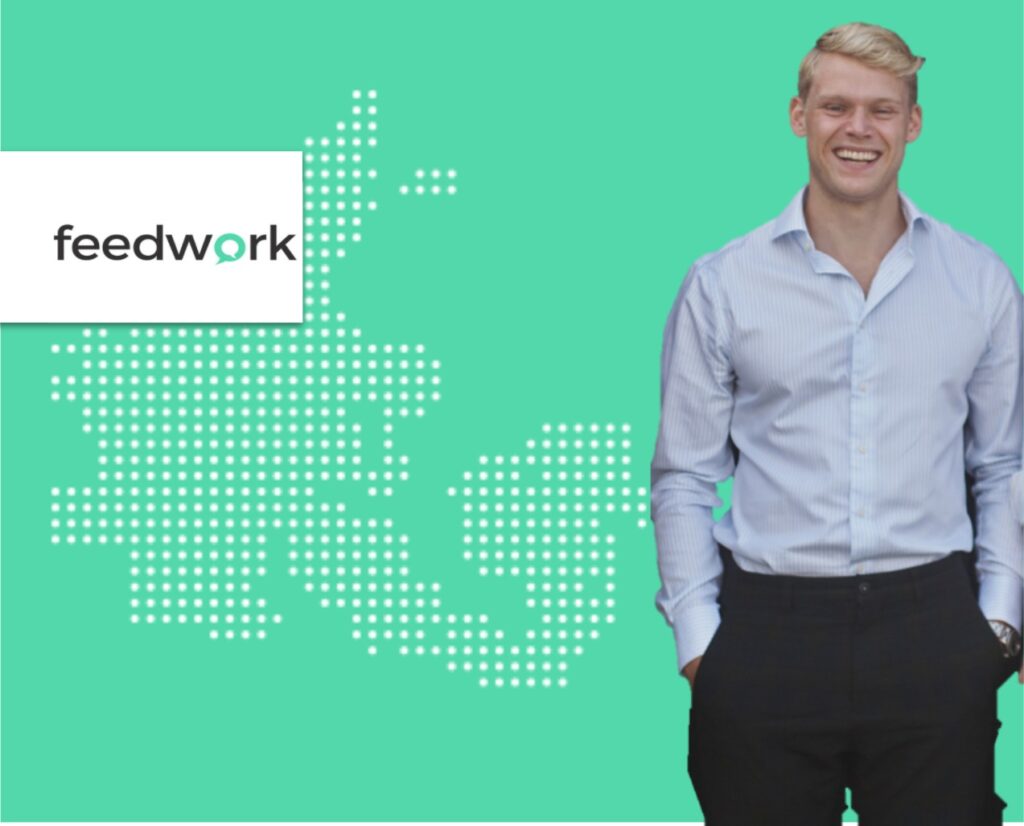 Read about Peter’s journey from competitive sailing to... 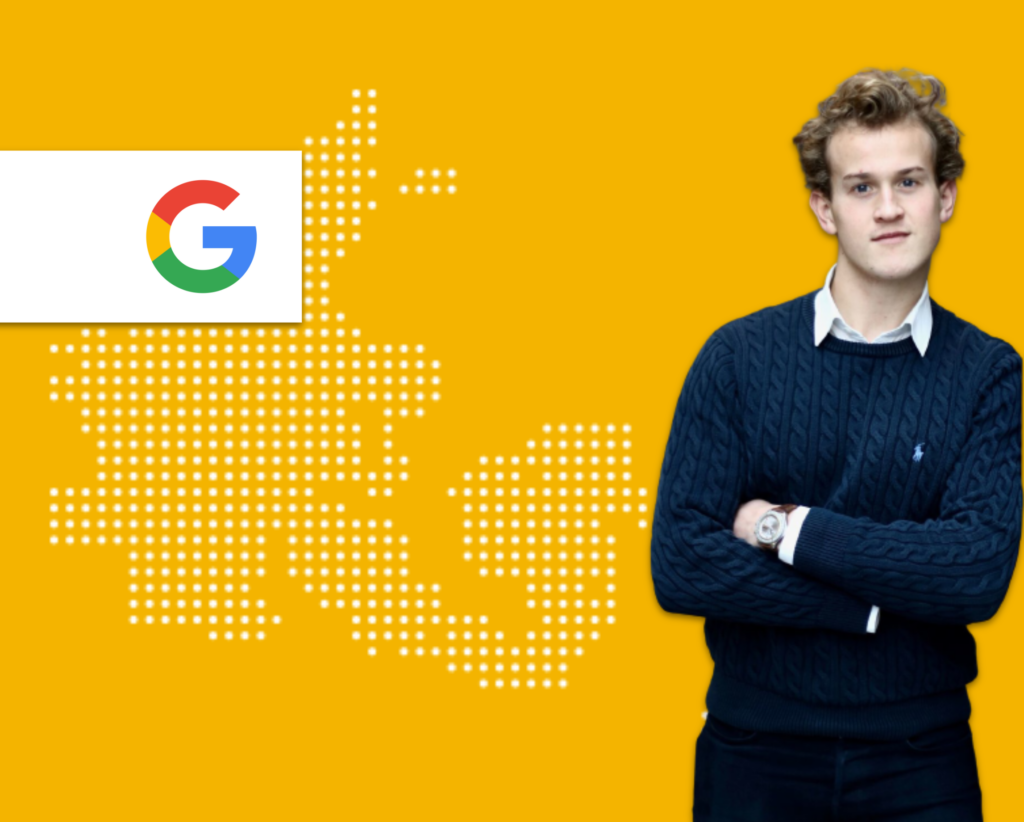 Rising Star 🚀: He has learned from the... 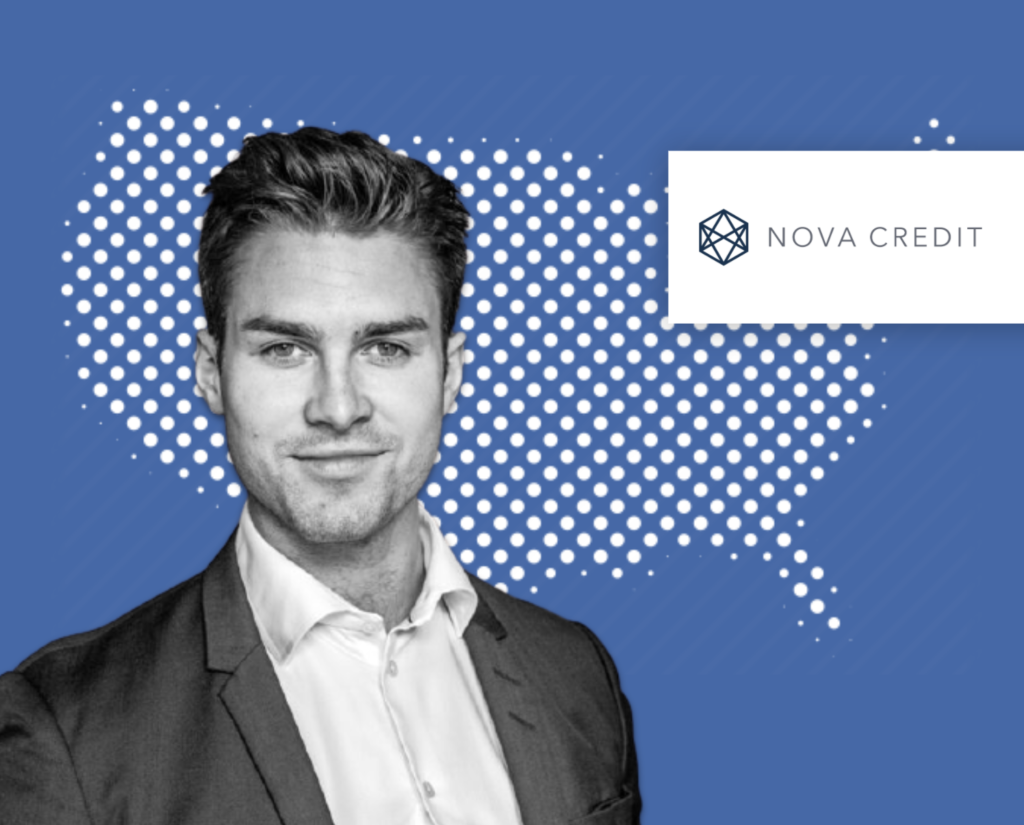